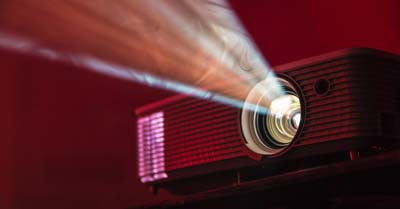 While 4K is newer and better technology, there are still many reasons to get a lower resolution 1080p projector instead. 1080p resolution is not entirely out of date.

If you make a list of everything you want in a projector, the closest thing to what you want might be a 1080p and not a 4K device. 4K is the future, but there are still reasons other than the lower price to buy 1080p projectors.

The big advantage of a 4K projector is that it has a higher resolution than a 1080p device. However, a 1080p device sometimes delivers a better picture if it has a superior contrast ratio. A 1080p projector also allows you to adjust the viewing distance more than you can with a 4K device.

In other words, more resolution does not always equal a better picture. There are other things to consider, so a 1080p projector can still be the best fit for many people.

Home theatres are worth it

A projector is more fun to watch movies and play video games on than a TV screen. Compared to a projector, even a large high definition TV screen is plain and ordinary. A home theatre will impress people, a new television, not so much.

While 4K is a higher resolution than 1080p, 1080p still delivers a sharp picture. 1080p is high resolution, just not as high as 4K is. Can you notice the difference between 1080p and 4K, or is 1080p already good enough that further improvement doesn't make much of a difference?

From closer up, 4K looks quite noticeably better to most people. New technology for better screen or projector resolution still matters. Technology has not yet advanced so far that no one can notice the difference when resolution improves.

A 4K screen is 3840 by 2160 pixels, compared to 1920 by 1080 pixels for a 1080p screen. A larger television screen needs more resolution than a smaller screen to show a clear picture, and you need even more resolution if you are using a projector. Even though 1080p does not usually give you a bad looking picture, 4K is better.

The size of the theater room matters

If your home theater is in a small room, you might not need a 4K projector. High resolution is more important if you are projecting a larger image. You also need to buy a brighter projector for larger images.

If you want to be able to adjust your viewing distance with as much flexibility as possible, you should get a 1080p projector. You cannot adjust the viewing distance by nearly as much with 4K technology.

Is it harder to install a 4K projector than a 1080p projector?

No. The new 4K technology is neither more complicated to install nor easier to install. The steps you go through when setting it up are the same for either resolution.

Some projectors have contrast ratios of 10,000 to 1 or more. If a projector offers 4K resolution but does not offer a high contrast ratio, it might not be an excellent projector. A 1080p device with much better contrast is superior if you do not project a very large image.

Can you get television shows in 4K?

Sometimes, but usually not, at least not so far. It may be possible to get shows in 4K in a few years, but television tends to be 1080p.

The right way to get 4K entertainment is to buy 4K Blu-Ray discs. Ideally, it would be best if you purchased discs instead of streaming all of your movies. Streamed 4K entertainment is excellent, but there is another step up from there to 4K Blu-ray discs.

Do games look better on a 4K projector?

Yes, if you have a newer console, you can get games that offer 4K resolution. A more modern PC can also handle 4K gaming, and plenty of games released in recent years let you turn the graphics up to 4K.

Not all projectors are well suited for gaming, and if you want an enjoyable gaming experience, you need a projector designed with gaming in mind. With many projectors, there is a bit of a delay between the console and the projector.

Because of the delay, you can press a button and not have the game react instantly. The delay is not very long, but it is noticeable, and it will hurt your gaming experience. Get a projector that offers "game mode" - no or very minimal delay - or else you will not like playing games with your projector.

However, if you are serious about setting up a home theatre, you might as well make it as impressive as possible. If you have money, a 4K projector may be worth its price.

If you are getting a cheaper 4K projector, make sure that the quality is high. A low-quality 4K projector is a much worse choice than a high quality 1080p one.

Advantages and disadvantages of 4K projectors

4K projectors not only offer better resolution but tend to be higher-end devices in general. 4K devices tend to have better contrast than 1080p projectors and tend to be brighter also. If you have a fair bit of money to spend, you will probably buy a 4K device for its resolution and its other advantages.

However, not every 4K projector is a high-end machine in other ways. If you buy a 4K projector that is dim or lacking in contrast, the resolution will not make up for it.

The main disadvantage of a 4K projector is that it is more expensive. If you find a cheap 4K projector, be careful not to buy a projector that is substandard in other ways.

Some projectors are brighter than others

The brightness of a projector is measured in lumens. The more lumens worth of light your projector can create, the bigger you can make the image without it getting dim. These measurements are inexact, so a projector offering 3000 lumens is not necessarily brighter than one offering 2800.

If two projectors are similar other than in brightness, the brighter one is always better. Don't worry about the image being too bright; you can dim it slightly if you think it looks better with the brightness turned down a little.

Usually, 2000 lumens is enough to create a bright 100-inch image. One thousand lumens is too little and will not give you an excellent picture. Three thousand or more lumens is ideal, but you only need 2000 or somewhat less than that.

Since 4K resolution is more of a luxury than a necessity, you should prefer a bright 1080p projector to a dim 4K projector. A projector that only offers 1000 lumens does give you an acceptable rather than a poor picture, but 2000 looks much better.

A high-end home projector may offer as much as 20,000 lumens. That amount of power is unnecessary unless you want to project a much larger image than is typical for home theatres.

LEDs and other types of light sources

A digital projector needs a light source to create an image. The light is focused on a chip, and the chip creates the image. Different projectors use different light sources.

Projectors use lasers, LEDs, and ultra-high-pressure (UHP) lamps to create enough light to project a bright image. UHP lamps are the most straightforward technology. Despite their fancy name, they are just powerful light bulbs.

UHP lamps are popular because they are cheap and create a very bright image. Their downside is that you will have to replace the lamp once in a while - it will get less bright over time otherwise.

Some lamps last longer than others. At best, a lamp might last 15,000 hours - several years worth of heavy use - before you need to replace it. However, the lamps do cost as much as a few hundred dollars to replace, so you might be better off getting a projector that uses a longer-lasting light source.

Some newer projectors use LED lights instead of UHP lamps. LED lights do not use as much electricity and last longer than UHP lamps. Don't insist on an LED projector - if the projector you want uses a UHP lamp, get it.

One thing you may notice about LED projectors is that they are not as bright as more common UHP lamp projectors. Only expensive high end LED projectors are very bright. Only go with LEDs if you are looking for something above the average price.

Lasers are another option. Laser projectors often have a better, more colorful image than standard UHP projectors do, although the better range of colors does not make a huge difference.

The advantages of lens shift

Can you watch movies in 3D at home with a projector?

Yes, you can watch 3D movies at home with the right projector and 3D glasses. This is not yet a standard feature for a projector to have, but many projectors do offer it.

Get a projector that is well suited to the size of the room you are using. Plan your home theatre out before you buy anything. 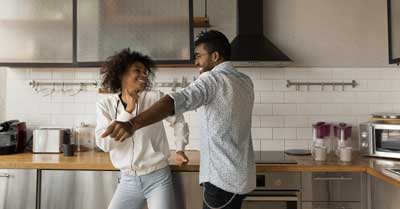 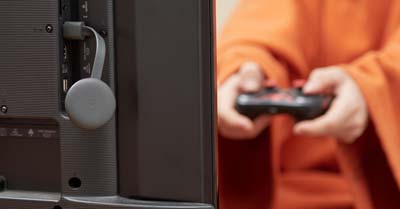 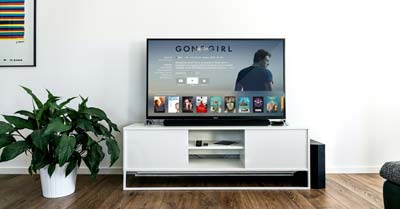 How Much Does A Smart Home Cost? 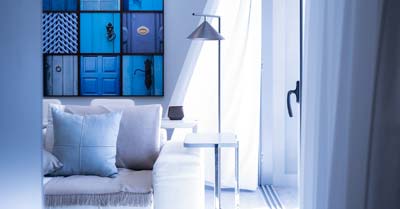 How Does A Smart Home Work? 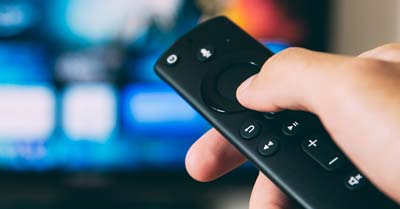