How Much Does A Car Engine Weigh? 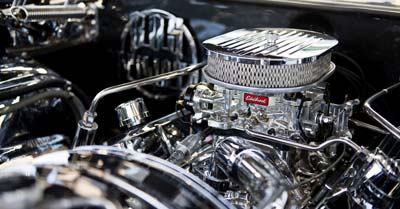 If you are someone who likes to work on your car, whether it is to save money or for fun, you most likely have a pretty good idea about what you can and can’t do.

Oil change? No problem. Minor repairs? No problem. Taking out the engine altogether? That’s just not going to happen. A car engine weighs so much you haven’t got a hope of moving it without some heavy machinery. Even if you have the knowledge and know-how, you may need to leave it to someone who does have the required machinery to take care of it for you. But how much does a car engine weigh and why? This article has all the answers.

‍How much does a car engine weigh?

On average, you might expect a smaller car to have an engine weighing about 350 pounds, or 160kg. A bigger car, like a big SUV, might have an engine weighing as much 600 pounds. The equivalent of 272 kilograms. Of course, this weight will vary. Some cars use a hybrid engine/battery for power. The car may weigh more overall because of this even though the engine itself will weigh less. Batteries are pretty darn heavy.

Does gasoline add to the weight of the engine?

Yes, gasoline will slightly add to the weight of the engine. But only slightly. Gasoline is stored in the gas tank, not the engine itself. It is only filtered into the engine gradually over time. Not all at once. Gas weighs about 6 pounds per gallon, so a full tank of gas will make your car weigh about 100-150 pounds more. It will only make the engine weigh 10 pounds more though.

How much does the engine in an electric car weigh?

Electric cars do still have an engine. It’s is just powered by electricity, not gasoline. Because the engine on an electric car is so much simpler than that of a gas-powered car, it can be much smaller and lighter. The best example of an efficient electric car engine is the one used by Tesla. The Tesla Model S engine weighs just 90 pounds! You might think this makes the Tesla Model S very light. Which it does. Sort of. The battery needed to power the engine ends up making the car weigh a whole lot more.

How much does the battery weigh in an electric car?

Using Tesla as an example again, since they are the only people making a decent electric car, we can look at how much their batteries weigh. Despite losing a lot of weight by eliminating gasoline and a heavy engine, Tesla’s end up weighing a huge amount more than the average car. A Tesla battery will weigh about 1200 pounds. Twice as much as even the biggest gasoline engine. For comparison, a standard car battery weighs just 41 pounds. Of course, it has a lot less to do than the battery of a Tesla. But the difference is still both interesting and impressive. You could easily change the battery in your car, it takes very little knowhow and very little time. Changing the battery in a Tesla means taking the whole car apart.

How much does engine weight affect speed?

Engine weight does play a big part in speed. A heavier engine will cause a car to go slower. If you can find a way to get a better power output while reducing the weight of your engine, your car will go faster. The best evidence for this is again looking at Tesla. The engine weighs 90 pounds but the car can go 155mph. 0-60 in less than 3 seconds. Because it gets its power from the battery. The best way to increase speed is by losing weight in other areas. This is why rally drivers take out the back seats of their cars.

As you can see, the weight of a car’s engine can vary greatly. A smaller car’s engine will weigh just 350 pounds while bigger cars could weigh twice that. Or, you could look at electric cars that only have a very small (and very light) engine. Like the Tesla Model S and it’s 90 pound beast of an engine.

How Much Does A Car Engine Weigh?