How Much Does A Gallon Weigh? 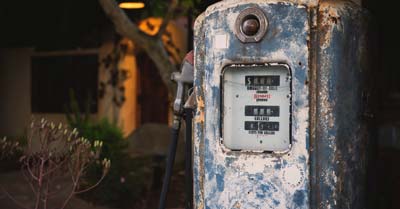 A gallon of water will weigh about 8.3 pounds in most instances. A gallon of sand would weigh about 12.5 pounds. This article will answer any questions you have about what a gallon is, how much it weighs, and why:

‍What is a gallon?

A gallon is a unit of measurement for volume and liquid capacity. This is why car’s gas tanks and engines are expressed in the form of gallons. If you have a car that can hold 20 gallons of gasoline and has a miler per gallon rate of 25 you KNOW that your car should have a range of about 500 miles. Simple. Gallon as a form of measurement comes from medieval England. It was used as a way of measuring beer and wine. For example, a barrel of ale would hold X amount of gallons of liquid. This was preferable to a system calculated by weight for two reasons. First, it was very hard to measure weight accurately back then. Secondly, different beers, spirits, or wines will weigh different amounts.

Who uses gallons as a unit of measurement?

Gallons are pretty much just used by Britain and the US. Britain has, for the most part, moved towards the far more logical metric system. However, as Britain has failed to make the change fully it can lead to lots of stupid calculations that must take place. For example, petrol (gas) is sold by the liter in Britain. But, they measure mileage in miles per gallon. They also use miles for distance but metric for everything else. It’s all very confusing. Water or milk, for example, are bought by the liter. Beer is measured in milliliters, except when at a pub (bar) where it is often measured in pints. The British refusal to fully switch to the metric system is arguably worse than the American refusal to switch because at least America picked one system. Britain has two.

How much does a gallon of water weigh?

A gallon of water weighs about 8.3 pounds. This weight is pretty consistent for the most part, though some things can affect the weight slightly. For example, cold water weighs more than warm water. Water also weighs more or less depending on the gravitational pull. Water on Earth will weigh far more than water on the moon. Conversely, water on Jupiter will weigh more than on Earth. Lastly, water in space is going to weigh pretty much nothing.

How much does a gallon of milk weigh?

How much does a gallon of gas weigh?

A gallon of gasoline weighs just 6 pounds. Far less than water. This is because gasoline is much less dense than water. If you were to pour gasoline on the water it would float. This is also why pouring water on a gasoline fire won’t always do very much good. This is also why your car may feel much heavier with a full tank than when you are on empty. Just multiply your fuel capacity by 6 and that’s how many extra pounds you are lugging around with you. It’s like having another person in the car.

Hopefully, this article has answered any questions you may have had about how much a gallon weighs. Remember, a gallon is a measurement of volume not weight so it really depends on what it is you are measuring. Water weighs much more than gasoline, milk can weigh more than water. Even if you are comparing a gallon of each the weight will be very different.

How Much Does A Gallon Weigh?