How Much Does A Spider Weigh? 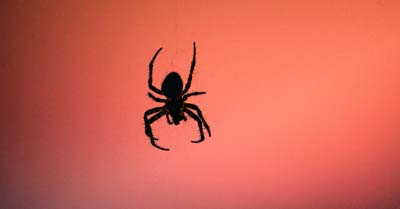 Spiders come in all shapes and sizes. Some are deadly. Some are not. Some make good house pets, most are just house pests. What we can probably all agree on, is spiders are much better when appreciated from a distance.

Knowing how much a spider weighs should be achievable without having to pick one up for yourself. Unless you want to, of course! Luckily for you, this article has all the answers! Here you will find the different weights of various spiders, a little bit about spiders themselves, and how to avoid the dangerous ones. By the end, you will almost be able to call yourself an arachnologist (spider expert).

How much does a house spider weigh?

The common house spider isn't particularly big. If you live in the US or UK, these spiders are pretty small and more or less harmless. If you come from Australia, you can disregard all of the above. Spiders can vary so much in size that you might need an entirely separate article for you altogether!

The average spider weighs so little it’s easier to state its weight in milligrams. A spider could weigh anywhere from 1mg to 1 gram, it depends on the subspecies and the age/gender of the spider. All you need to know is, that isn't very much. At all. A pinch of salt weighs more or less the same. That is in part why they are so silent and so quick. If you can hear a spider running through your home, that's a cause for concern.

How much does the biggest spider weigh?

The biggest spider in the world is the goliath bird eater. If the name alone doesn't give you chills, I don't know what will. The name is pretty darn accurate, the goliath bird eater eats birds. It eats bugs and flies as other spiders do, too. But it also eats birds. It needs to maintain its whopping size and weight. The bird eater is about 12 inches long (a foot) and weighs 6.2 oz or 175 grams. For reference, an adult man is going to be somewhere between 5-6 spiders long. That is a pretty horrible unit of measurement, but it gives you a good idea of how big this spider is. It's much, much, bigger than your head. You would certainly here this spider if it was running through your house. The giant huntsman in Australia is technically bigger since it has a wider span with its legs, but it doesn't weigh as much.

How much does the smallest spider weigh?

On the opposite end of the spectrum, we have the Patu Digua. This spider is small. Very small. So small that you probably wouldn't see even if I held it in front of you and pointed it out. It is minuscule. The best way to see one is by tracking it down on its web. Even then, you are essentially just looking at a black dot. You wouldn't even know it was a spider. It is so small that it can comfortably sit on the head of a pin. It is about 0.3mm wide. It is thinner than your fingernail. Since it is so small, it goes without saying that this spider will not be eating birds. It eats small insects and larvae instead. It will also eat other, baby, spiders of the same species.

How much does a spider eat?

How much a spider eats will, of course, vary from species to species. A bird eater might only eat one meal a week, but that will still be far more than Patu Digua eats in perhaps its entire lifetime. A good rule of thumb is a spider will eat about 10% of its body weight a day. Which is quite a lot, funnily enough. Imagine if you are an average male and you weigh 200 pounds. Are you going to eat 20 pounds of food a day? Probably not. That is a LOT of food. Spiders need to though because they are eating food that isn't particularly nutrient-rich. There isn't much in terms of vitamins and minerals in other microscopic insects. This is also why they need a web to catch their prey. There simply isn't enough time in the day to find that much food otherwise, spiders need to able to hunt passively.

How to tell if a spider is dangerous:

Learning the names, colors, identifiers, and danger levels of every spider is not an easy task. Unless you are an expert, you likely couldn't name more than a couple of spiders let alone tell you anything about them. So, how can you tell if a spider will be dangerous? The same rules apply to spiders as most other animals, bright colors generally mean stay away. Bright red patches on a spider is not a good sign. Additionally, big fangs are not a good sign. That can indicate poison. If you are close enough to see the fangs, you should be moving away anyway! There is also a rule parents tell their children in Australia - "if the spider has a big bum, run". This is a silly rule, that isn't an exact science, but it does keep kids away from potentially deadly spiders. Don't approach any spiders you don't recognize, especially in countries that have many dangerous species. Again, like Australia.

Many people mistake spiders for insects. Spiders may be invertebrates just as insects are, but that is where the comparison stops. An insect typically has 6 legs and often will have wings. Arachnids, the category spiders fall into, have 8 legs. Scorpions and ticks also fall into this category, they aren't spiders technically but are very similar in genetic makeup. Just like with spiders, don't approach a scorpion. They are more likely to be deadly and are quicker than you might think. You don't want to be on the receiving end of their deadly stingers, trust me! Ticks may not be dangerous as spiders and scorpions are, but they can still carry disease. Avoid them as best as you can.

How Much Does A Spider Weigh?