How Much Does A Tesla Weigh? 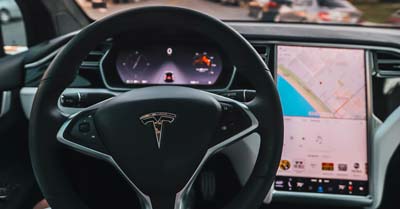 You may have heard lots of talk about how heavy Tesla’s are. In the grand scheme of things, it may not seem like the most exciting topic of discussion when it comes to this incredible make of car. But it is. Tesla does a lot of things well. They are very intelligent, very safe, and very quick. One of the biggest things that surprises some people about how quick they are, is how heavy they also are.

The weight of a Tesla may not seem all that important, but it cannot be ignored when exploring why these cars are so impressive. A Tesla weighs 4,497 pounds on average. This article will not only cover how much each Tesla model weighs but why. By the end, you will have a pretty good understanding of just how much thought went into designing these cars.

‍How much does a Tesla weigh?

Not all Tesla’s will weigh the same. They may all be a lot lighter than the average car, but there are still some rather large weigh discrepancies. Taking an average from all 4 of Tesla's current cars gives Tesla an average weight of 4,497 lbs.

Here is a breakdown of all the different models of Tesla and how much each of them weighs. This list is in order from lightest to heaviest, with the Cyber Truck featured last since its weight is yet to be determined.

The weight of the Cyber Truck is still unknown. One can assume that it will be more than the lighter models, such as the Model S. Once the Cyber Truck begins being manufactured properly, not just as a prototype, we will get a firm number.

Do Tesla’s weigh more than its competitors?

Yes, despite Tesla’s effort to reduce the weight of their vehicles they still weigh significantly more than many of their competitor’s models. Tesla has put a lot of time, effort, and money into reducing the weight of the cars as much as possible. Wherever possible metals have been replaced with aluminum alloys to reduce the weight as much as they can. In some places, titanium alloys have even been used. This is partially why their cars are so expensive. These alloys are not cheap to produce, even for a huge company like Tesla.

Why do they weigh so much more than their competitors?

The biggest reason Teslas weigh so much is their huge batteries. Sure, they don’t need a fuel tank so some weight is lost there. But, the batteries weigh so much the lost weight here is only minimally beneficial. A full tank of gas won’t weigh that much, in truth. Gasoline only weighs about 6 pounds a gallon and your car only holds between 17-25 gallons for the most part. This means on average the weight from all the gasoline in your car is about 120 pounds. Even on the lightest model of Tesla, this would mean just a 3% increase in weight. The batteries in a Tesla, on the other hand, weigh about 1200 pounds. This is ten times more than the weight of the fuel. This is why Tesla’s are so heavy.

What are the advantages of Tesla’s being so heavy?

With increased weight comes increased stability. Since the batteries are laid out under the car they keep all of the weight as low to the ground as possible. This improves traction substantially. Tesla’s held up pretty well under stress tests and crash testing. They are interestingly one of the safest models of cars in the world. The cars are so quick and nimble that you aren’t likely to feel as if your car is being sluggish. Besides, what’s the alternative? Batteries are heavy. Until someone makes a huge breakthrough in the world of batteries and finds a way to mass-produce these lighter batteries there is nothing that can be done. You could have a smaller battery, but this means a shorter range on your car. Weight isn’t too much of a problem when you think about it.

Are there any drawbacks to being so much heavier?

You could argue that by having such a heavy battery in the car, and thus a heavy car itself, that you are going to reduce the top speed. This is true; if the Tesla weighed less it would go faster. But, not safer. If the batteries weighed less the Tesla would be more likely to spin off and it would be far less stable than it is. This is not necessarily a huge problem, regular cars don’t have this huge weight under their seats and for the most part, they do just fine without it.

So, speed. Would a Tesla go that much faster if it was lighter? Yes and no. While the car would go a little quicker it wouldn’t benefit many people. The only noticeable difference would occur over 65mph and only truly become very apparent at top speeds. Most people don’t drive their Tesla 150mph. How could they? Besides, the Model S can do 0-60 in 2.8 seconds and has a top speed of about 155 mph. How much faster do you really need to go? Once batteries reach their next stage and can become smaller and lighter perhaps we will see speeds increase. Realistically though, if batteries could be made smaller this would just mean Tesla’s would be able to fit more storage into the car. For example, if somehow Tesla batteries could be halved in size they would just put two batteries in the car instead of one. Most people are looking for a better range, not a lighter car.

As you can see, there is a pretty big difference between the lightest and heaviest models of Tesla. Who knows how much the Cyber Truck will weigh? What we do know is that it is incredibly impressive how fast and how safe these cars are when you consider that 30% of the car is made up of batteries. As batteries improve, the weight of the Tesla will slowly decrease just as their range will increase.

How Much Does A Tesla Weigh?