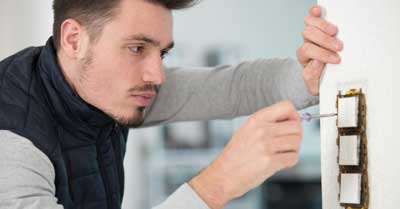 You can use a three-way switch so that you can turn on a light from either side of a large room or hallway. But if you want to add one, how do you wire it?

The most common way to wire a 3-way switch is to run the wiring through both switches and then to the light fixture. The black and red wires connect the two switches. Match the wires to connect the circuit wires to the fixture.

Even though wiring a three-way switch is more complicated than a single-pole switch, it is not too hard if you know what to do. There are a few different ways to wire the switches depending on whether the power goes to the switch or the fixture first.

Always remember to turn off the circuit at your electrical panel and you have to add a box to accommodate the second three-way switch. You may also have to replace your current switch box so that it will work with the extra wiring used for a three-way switch.

Use 14-3 NM cable between the two boxes (unless you are connecting to 12-gauge wire or have a 20 amp breaker, then use 12-3). The cable will have three conductors and a ground wire. Where they are connected depends on the configuration.

It will be easiest if you know the tools you need and the purpose of each wire so you can understand the concepts.

You probably have most of the tools that you need to wire a 3-way switch. You will need:

Throughout the wiring, you can use the voltage tester to see where any issues arise. It is also smart to use it to test wires before touching them.

When you attach wires to the screw terminals use needle nose pliers to wrap the wire around the screw in a clockwise direction. Then, tighten the screw. Generally, the ground terminal will face down.

There are some things you need to know regardless of the type of configuration you will do:

Then the current will continue on the red wire to the traveler terminal on the other switch. If this switch is on the electricity will continue along the black wire to the light box and fixture. The current returns to the power-in cable via the neutral wire.

The black wire will take the current into the light box. Then, it will flow on a white wire to the common terminal of one of your switches. It will exit this switch from one traveler terminal.

It returns to the light box to splice to another wire that goes to the other switche’s traveler terminal. When it exits this switch through the common terminal, it will go to the light fixture. The neutral wire will go from the power-in cable to the light itself.

With this method, the electricity runs to one switch then through the other before making its way to the light fixture. This method works when there are two or more switches that use the same box.

With this configuration the neutral wire from the power-in is taken to the light with 3-rope.

With the second switch off, it will exit that switch on the common wire before heading to the light fixture. After it goes through the fixture, it returns to the switch it just came from on the neutral wire.

Next, another white wire in a 3-rope will go between the two switch boxes. Last, it will be spliced to the neutral wire in the power-in cable before going to the fuse box. 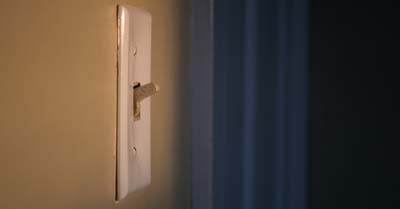 How To Wire A Light Switch