How Much Does The Human Brain Weigh? 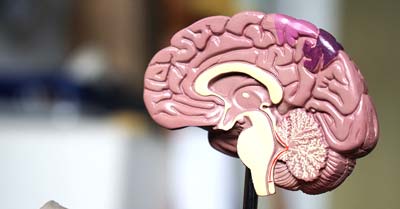 The human brain is the most complicated organ and your head that contains it is said to be the heaviest part of your body. That is why when you are in the water, you sink only because of the weight of your head. Your brain, however, weighs up to 2 percent of your body weight and is thus considered lightweight. And despite being a lightweight organ, it is one of the most complex organs that run some of the most important functions of the body.

Even though the brain seems to be a comparatively lighter organ, together with the skull weight, and other organs, the head is still the heaviest part of the body weighing about 17 pounds with 3 pounds of the brain included in this weight. So, what is the brain weight composed of? Let us find out.

Composition of the Human Brain

The human brain is composed of about 75 percent water and the remaining mass is nearly 60 percent of fat. The brain is, in fact, the organ with the highest concentration of fat. The brain is home to over 100 billion neurons and is made of blood capillaries that are a total of 100,000 miles in length.

But how is the brain both 75 percent water and 60 percent fat?

The brain is essentially built on fat. The human brain is a fatty mass and feels soft and squishy if held. The whole of the brain is a fatty mass and hence it is known to be made of 60 percent fat. Besides the 60 percent fat has 25 percent of cholesterol that are the building blocks for the neurotransmitters. It is, therefore, necessary for the body to get some good cholesterol. In the absence of cholesterol and good fats, the brain cells may die.

But the brain is also 75 percent water. The function of water in the brain is to enhance mental functioning. The water helps in providing the required electrical energy to carry out various functions of the brain such as memory processing and thinking processes. The human function relies a lot on water. Even a 2 percent drop in the hydration levels can lead to drastic effects on your brain. Water in the brain is required to maintain a delicate and optimal balance. If your body loses water, it will lead to a drop in brain efficiency. It is therefore required for the proper functioning of the brain.

So, while the brain itself is made of fat, the good cholesterol is required for its functioning along with the water that is required to maintain the balance of the brain. That covers pretty much about the composition of the brain.

Now, let us look at certain other aspects around the weight of the brain.

From what has been observed there are various factors that affect the weight or the size of the human brain. These factors include but are not limited to the below factors.

The weight and the size of the brain depend naturally on the age of the person. The weight of the brain increases gradually as the age progresses. It grows rapidly in the first three years and then becomes constant with age and then again declines with age.

Studies have concluded that people with greater body lengths meaning of a more than average height have higher brain weights than the ones with comparatively lesser heights and body lengths.

As the Body Mass Index decreases, there is a decrease in the brain weight observed. This clearly indicates that people with bigger BMI will have bigger brains owing to the brain activity that may be required to handle a body with such high BMIs.

Apart from the above factors, certain factors such as Alzheimer’s can be a cause of declining brain weights. Increased alcoholism may also lead to a reduction in brain sizes. As such, we have covered the factors affecting the brain sizes and observed how the brain weights and sizes differ.

If you compare the weight of the human brain to that of the animals one term that is important is the brain-to-body ratio. Human beings have a larger ratio of 1:50 whereas the mammals have a smaller ratio of 1:180. That implies that the human brain is obviously heavier than that of animals. Also, human brains have a lot of white matter than that found in animals which makes humans process information faster than animals.

In conclusion, we can say that the human brain is lightweight with an average weight of about 3 pounds. Having said that, it consumes up to 20 percent of the total body energy and needs about 20 percent of blood pumped by the heart and is hence one of the most important organs in the human body.

As such, it is important to do everything necessary to take care of the brain so that the function of the brain can be carried out smoothly and with ease. But these lightweight human brains are full of heavyweight intelligence. So, take good care of your brain no matter what size of it you have. It is only your brain that can make or break you.

How Much Does The Human Brain Weigh?